Ways in which gold coins help you in games 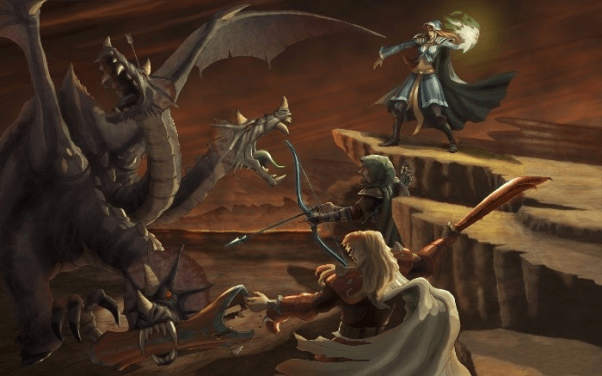 Virtual game communities are no longer an escape from reality; they are also an economic phenomenon. Plenty of gamers now eke out a living by selling and buying game coins in at times complex schemes. But why do people buy from these coin traders and what benefit do they derive from the virtual gold coins? There are many advantages to buying gold coins for your favorite games and here are some of them.

It seems counterintuitive to buy a virtual gold coin to make money, right? The truth is far stranger. In games like FIFA, you can quickly build tough teams by purchasing virtual currency and win real money in competitions. You may also sell your game gold coins to other players at a slight markup for a tidy sum.

Like all other things in life, you sometimes need money to make even more money. Some enterprising individuals buy gold coins for games, use it to level up their characters. These gamers then sell these characters to interested parties and earn a slight profit.

In 2005, Second Life users spent a combined $3,596,674 real money on the platform. Imagine earning even a slight amount of that by doing something you already like doing.

You can indeed play your game and have fun without spending a dime on in-game purchases. However, to truly enjoy the game with no interruptions, you may need to shell out some real cash.

A game like RuneScape seems incredible till you run out of gold coins and have to farm more. Such a thing interrupts your gaming experience and can quickly become a tedious task. Buying virtual gold, on the other hand, relieves you of such a monotonous job and makes thing more fun.

As with all things in life, people like to win in competitive games and virtual world tournaments. Buying gold coins in your game gives you a leg up over your opponents. With enough in-game currency, you can have the best equipment and use the most powerful characters.

While paying to win may seem illegal, it’s legal in most MMORPG AND MMOs. Not only do the developers earn money from such microtransactions, but other players can also make money. The bottom line is that people like to win, and there’s nothing wrong with spending cash to ensure you’re the champion.

Another reason to buy in-game currency is to have your money in a form that doesn’t depreciate. Indeed, much like cryptocurrencies, virtual coins appreciate as time passes. You don’t even have to worry about developer crisis; Second Life has been running since the early 200s. Others like FIFA are too popular to ever go out of style. So, buy your in-game currencies on credible stores to ensure the safety of your real-life transaction history.

Different people buy gold coins in games for various reasons. Some purchase the coins for profit, others for better playing experience, while others benefit an advantage from it. So, despite what you may think, buying virtual currency isn’t always about being a nerd or being stupid. Go to site for the best deals on gold coins for your MMORPG.

How to Remove Sticker Residue From Any Surface